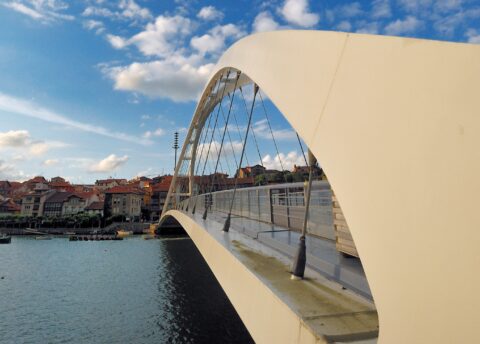 It was built between 1991 and 1992 to replace the old bridge, whose foundations had been damaged as a result of the flood of August 1983.

Its design, consisting of a metal structure of two inclined arches which meet at the top and support the transit area through a series of steel braces, recalls other later public works with a similar approach, such as the Zubizuri footbridge in Bilbao or the ItsasAurre bridge in Ondarroa, both by Santiago Calatrava.