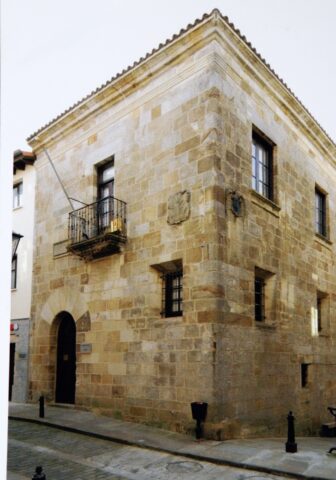 Known as Torreón, since the typology of the building is that of a tower house one. It is the current headquarter of the Plasentia de Butrón Museum, which is devoted to the town’s seafaring history and whose purpose is to recover and exhibit different elements of the history of Plentzia and its region.

On the outside there are two coats of arms (one from the Villa and one from the Catholic Monarchs) and above the entrance, an inscription from 1562 alluding to the donor, Don Martín Pérez de Plasencia.

After the construction of the current Town Hall, in 1922, it served as a district and local court.